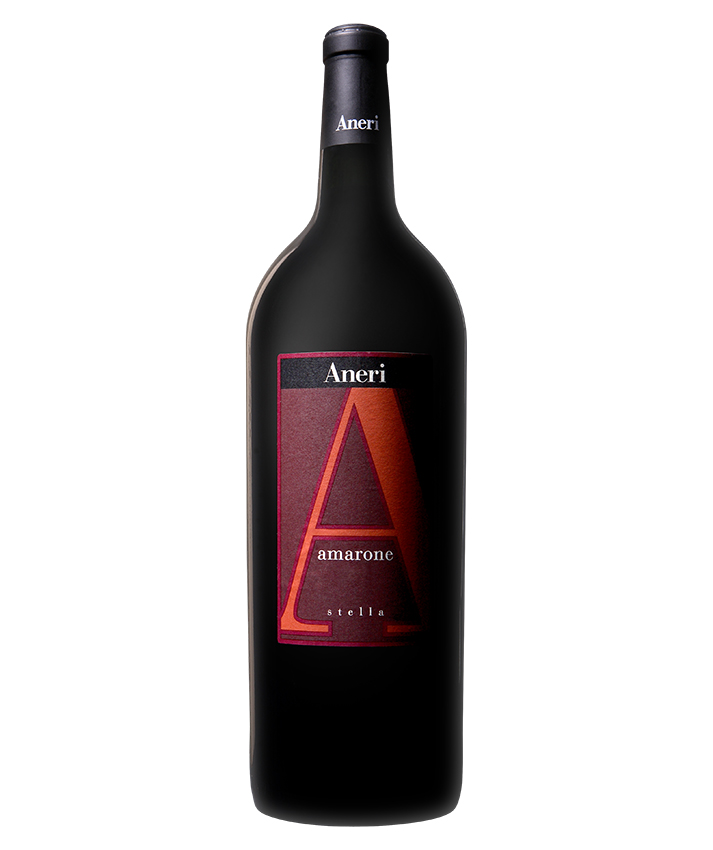 Amarone grew out of the Valpolicella evolution in viticulture which began about 60 years ago. Its predecessor was the Recioto, a sweet wine known since the ancient Roman times. Recioto was the result of the combination of high quality grapes actually selected on the vines and then picked shortly following their slight spontaneous withering.

As time went on, people change of taste and alimentary habits resulted in a great demand for Recioto which was much sought after at all tables – not only from the rich anymore. This lead to an intense production period. It is right here that Amarone was born. A lesser amount of sugar in the grapes allow for a faster and more regular fermentation, turning almost the entire amount of sugar into alcohol. Here is the secret of Amarone: being made of perfectly balanced elements that make it powerful yet delicate, austere and complex, simple yet refined… or simply, ‘unique’.
Amarone Aneri ‘Stella’ originates from Valpolicella classic grapes, vinified without the aid of biotechnologies. The four year ripening process occurs in low to medium capacity oak barrels after which it is bottled as a unique lot. It is the respect of history and tradition that makes this wine one of the greatest reds in the world.