GIANCARLO ANERI: SO ‘MY AMARONE HAS WATERED THE G20 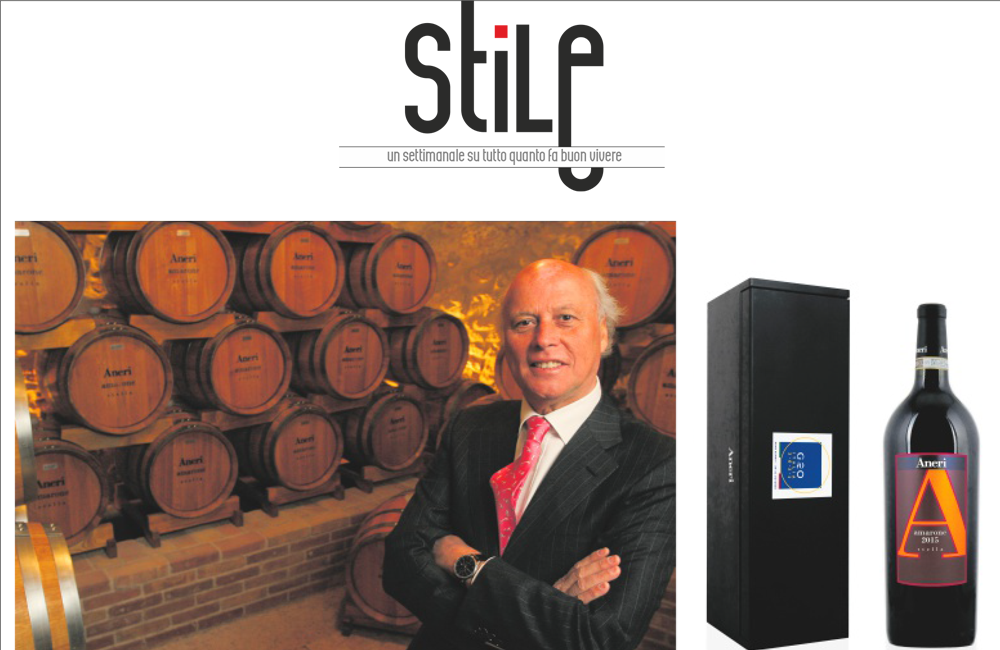 Cries of “miracle in Legnago”. And it’s understandable, if you think that the common thread among the great of the Earth, the “ideological” glue of the countries gathered around a table for the G20, was him: Giancarlo Aneri. Or rather, what he produces. Wine, oil and coffee in personalized packages were delivered to the presidents and heads of state of half the world through their ambassadors. And they all had his signature. “We’re a small artisan company. I have to say I get excited about it. When I started, twenty-seven years ago, I immediately had the attitude of thinking big. But delivering my products to the forty most important men on Earth excited me. It really did.” Giancarlo and his sons delivered them personally (also for security reasons), they left Legnago by car and arrived in Rome, at Palazzo Chigi. And the labels were glued by hand, one by one, by his children and grandchildren because, as the founder says, “the best Italian flag is the family”. And he is moved thinking of a phrase by the late Ennio Doris: “Shortly before he left, he gave an interview and of all the things he could have counted among his fortunes, he spoke only of the fact that his children thought like him, shared his vision and would carry on what he had created. That says a lot, in my opinion.” Because according to Aneri, with continuity, you beat everyone else and the fact that behind a company, behind a product, there is a family, is always a guarantee for everyone. And indeed. The institutional meetings of Biden, Clinton, Bush, Regan… that of Berlusconi, Putin and many others, all washed down with Amarone Aneri. All the way to the Cloud for the G20: he has arrived everywhere but he still doesn’t stop. “I am a great reader and I understand in advance what will happen and where. It’s useful for me to play in advance. And understand where to move. And then there’s word of mouth. I was lucky enough to be liked by early customers and early friends. The rest came along. Once at the Four Seasons in New York, they had a party with, among others, Bush the father, Clinton and Powell. There was my wine and my coffee on that occasion. But I learned about it from the American newspapers.” He is amused by the fact that his coffee, which has kept the great people of the Cloud awake, is the same coffee that anyone can buy at Esselunga and he is fascinated by the fact that his gifts will enter the homes of the powerful, at every latitude.

He is proud of the made in Italy, “that everyone likes”, as he always repeats and that therefore, in his opinion, makes things easier for him. He feels his country is reborn “even if people are still afraid, they are more cautious in making plans, before they planned things year by year, now they do it only for the following month”. But he wants to go back to travelling and to smash the world “it’s as if they had tied my arms and legs with this pandemic. The job has changed too much. You can’t transmit heat from a video, we Italians are used to being there, to touch, to pass emotions. I feel like running like crazy, getting back on a plane to London on Friday, visiting a gas station and then going to see an exhibition at the Tate Gallery. But I’ll get back to it. We’ll all get back to normal.” Of course. Aneri has always been, first and foremost, an ambassador of optimism. Like Mario Draghi, according to him: “We started with ‘miracle in Legnago’, we close with ‘miracle in Rome’. Draghi is our miracle. He is a man who is willingly trusted. He is respected all over the world. And if he thinks he has to do something, it is because it has to be done”.